MMORPG (Massively Multiplayer Online Role-Playing Game) is undoubtedly one of the most influential genres in videogames, regardless of the passage of time; MMORPGs are still booming and still have the same highly active community of players. These online games have maintained until today a great success among the most veteran players as the most casual, and for that reason there are more and more games of this type, either for PC or for consoles. 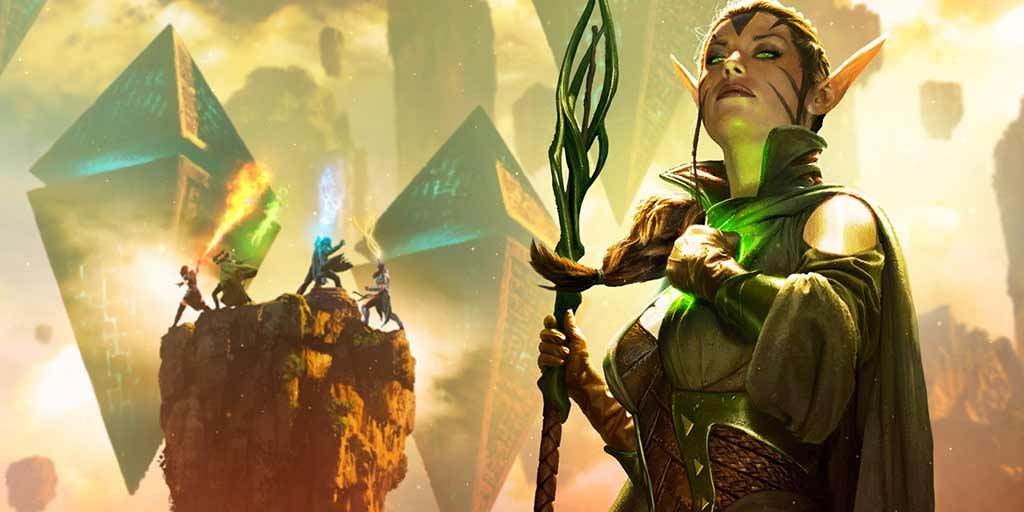 Most MMORPGs offer a mechanic where the player will have to create an avatar to his own taste with the possibility of choosing between different races or species. After the player creates his avatar, he will have to increase his level and improve his skills and weapons. MMORPGs also often include different missions that leave rewards on completion, and dungeons that must be explored at great risk.

Another important feature of MMORPGs is the world in which they are developed. There are many types of worlds in MMORPG, but those that most represent this genre are undoubtedly the worlds of medieval fantasy.

Next, we will mention the MMORPG videogames that have what it takes to become the most outstanding of the genre, and that are also developed in a fantasy world, in other words, a short list of the best MMORPG of medieval fantasy will be made.

World of Warcraft (also abbreviated as WoW) is undoubtedly the king of online PC videogames and remains one of the best MMORPGs today.

The WoW game mode is quite simple: the player is created an avatar selected between various classes and races. And then you have to travel through the huge world of Azeroth, where players will be able to face the beings that inhabit the various areas or also the other players, with whom we can also interact. The stories within the game are very diverse and we will find a lot of variety.

Blizzard is currently also developing World of Warcraft Classic (WoWC), an MMORPG that remastered the first version of World of Warcraft and will include a lot of new features to keep it updated with the current generation, this game is expected to be as successful as the original WoW. A curious element of World of Warcraft Classic is that a parallel economic market similar to the original WoW gold market is already forming, where various websites will sell WoWC gold in exchange for real money. There are many players who want to buy cheap WoW Classic gold after the game comes out.

One of the most prominent fantasies MMORPG of all is The Elder Scrolls Online. In this title of the famous Bethesda saga moved the player to a great continent called Tamriel, where he will live an adventure that takes place 1000 years before the events of The Elder Scrolls: Skyrim.

The gameplay of this title is very interesting and will allow the player to choose between the representatives of three factions facing each other for the crown. Without a doubt, this is a dynamic and fun game, thanks to the introduction of a justice system, new dungeons and very dynamic combats. The game was released in 2015 for Playstation 4, Xbox One and PC, and to this day still receives expansions and updates that keep it alive.

Another of the best MMORPGs today is Final Fantasy XIV: Stormblood. The title of Square Enix is based on the famous Square Enix franchise. This game is developed in the Mhigo Wing region, which has been under the command of Garlemald (our enemy nation in the game) for decades.

In this MMORPG must create a character and develop a series of missions to reconquering Ala Mhigo. The game has an impressive artistic section, a lively world with spectacular capitals and intelligent scenario design.

MMORPG is one of the most representative genres in videogames, and for all its fans, especially those who would like to explore a huge world of medieval fantasy, the previously named MMORPG are totally unmissable for their high quality and constantly updated content.